Happy New Year to all you!  Here in France, wishing friends, neighbours and countrymen a happy new year, or une bonne année is a very big deal.  We don’t generally send out Christmas cards, the custom is  rather to send out des cartes de voeux or greeting cards for the New Year.

A word to the wise : it is considered to be bad luck, and even rude by the staunchier members of society, to wish anyone a happy new year before January 1st.  You’ve been warned.

Etiquette holds that you have until January 31st to wish une bonne année, so I’m still not technically late in wishing you all a fantastic 2012.  My sincere hope for you all is a fulfilling, joyous, rewarding and healthful year.

2011 could be known as “The year of the vegetable patch”.  I first broke ground  in late February, and you could say that other than coming inside to make jams or to can tomatoes, that is where I stayed.  I had a wonderful harvest, and consider myself very lucky to have made it through one of the driest years on the records with such bountiful crops. 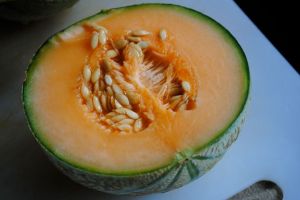 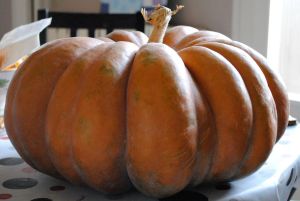 My autumn planting started off well with broccoli and cauliflower, but I made a beginner’s mistake and didn’t scare off the catepillers…who in the course of one evening managed to chew their way into over 50 plants.  I learned my lesson, though. 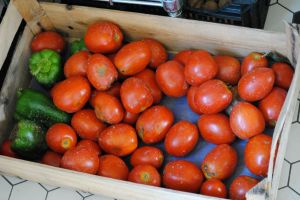 I made well over my weight in jams and preserves, entirely in thanks to new friends and neighbours who are the most generous I’ve ever known.  We were given or invited to pick: cherries, apricots, pears, nectarines, peaches, Mirabells and other plums, quince, and “jam melons”. 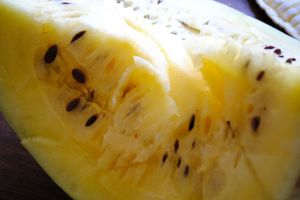 This is a local speciality, something I’d never tasted or seen before.  It looks much like a watermelon on the outside, but inside the fruit is yellow and rather sponge-like.  When my sweet neighbour and garden guru offered me a few melons to make jam with, I thought they were just regular watermelons…and began to panic when I cut into them and thought them to be rotten.  Concerned my gardening guide was a little off her rocker, I looked to the Internet and voila! The southwest treat known as confiture du mélon is a centuries-old tradition.  Relieved that neither my neighbour or the melons were off, I happily made a jam that reminds me of a lighter version of honey. 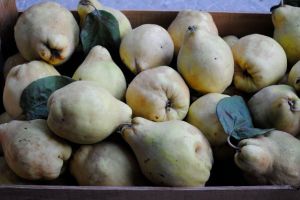 I want to say that I’ve missed you all terribly, and I sincerely am thankful for your emails and tweets!  One of my resolutions for 2012 is to reconnect with you, as your companionship these past 5 years has been both an inspiration and comfort to me.

How about some cute little frogs before I sign off? 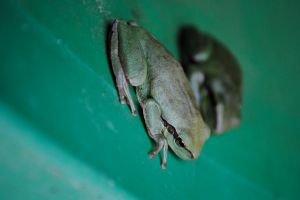 The most beautiful family of frogs lives in one of the rain barrels.  Happy!