I’m wishing each and every one of you out there – yes, you! – an amazing 2011.  My hope is that this year will be a year of hope, renewal, growth, understanding and joy for you all.

Though I know many people frown on the idea of New Year’s Resolutions due to the high-expectation, high-disappointment factor, I’ve always been partial to the idea of setting goals, however daft they may seem.  Admittedly, I tend to go with things that are generally achievable and things like “Climb Mt. Everest” or “Swim the Channel” don’t generally appear on my list of things to do, though I  suppose  I could do them given the right budget and training, I mean, why not?

My goals tend to be less lofty and more practical such as “Stop Biting Your Nails”, circa 1994, which worked really well, and was so easy, too.  Another good one was “Write Papa Joe once a week”.  I was worried my grandfather wasn’t getting any mail, so circa 1987 I decided to write him weekly to be sure he had something “fun” in the box.  While I’m sure my pre-teen letters of “Hi, how are you? I’m fine.” were far from fascinating, this epistolary habit followed me for quite a few years, and I now regret I didn’t write him twice a week.  Similarly, “Call Grams Every Saturday”, circa 1999, was more to help me keep my calls regular as I loved calling and talking with my grandmother, but wasn’t doing it on a “count on it” basis.  If I’d known she’d be gone just 7 short years later, I’m quite sure I’d have been calling her daily. Heck, I’m so sentimental, I cannot bring myself to erase her phone number from my mobile – even though I know it by heart.  Sillyfish.

We are here to talk about 2011, and what I’m hoping to make happen this year for me, my family and yes, my little blog.  How about a little non-exhaustive list  of what’s to come…hey, I’m doing it already! (see below) 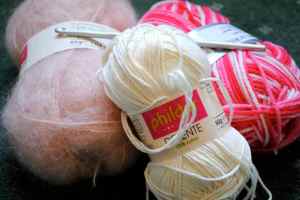 It’s not on the list, but more of this, too!

1) I think the first one is pretty obvious : I’ll be taking a picture of Guppy every day all year long.  A few years ago when I first started blogging I realised I was taking daily pictures of food and crafts, but not of my own daughter!  Talk about priorities being a bit askew. She’s old enough to be into it this year and at 5 and 1/2 has already been working on what she calls her “picture smiles”…I have no idea where she gets it from, seriously.

2) Les Vendredis Francophones or Francophone Fridays is also an idea that I’ve wanted to implement for ages, that is, to blog regularly in French.  My initial hope for this blog was that it would be a true bilingual vegan hang-out where we could all just smile and nod when we didn’t understand…but as most ESL or EFL bloggers will tell you, English is the language that most everyone reads, and so, wins by default.  I may not get a recipe up each Friday, but that’s going to be the day you’ll see on in French (and hopefully an English translation the next day).

3) More lists…kinda like this one.  I have always been the consummate list maker (I can tell you every book I read in 1993 for example) though I don’t know why…mostly so I don’t forget things I guess.  It recently dawned on me that I’ve stopped keeping track of things (maybe in order to forget?).  Hard to say, but either way I’m going to make some little notebooks and I won’t be afraid to use them.

4) When I started Sportyfish, A Vegan Training Log back in February 2008 (?!) my intentions were to show just how beneficial a healthful, plant-based diet was to recovery from a training regimen, as so many people are still woefully misinformed concerning sports nutrition.  Intentions are good, but after what we now refer to as “the accident” (bicycle wreck resulting in broken foot, torn ligaments, 1 year out) I just let it go…but I’m bringing it back.  It’ll be all caught-up and spiffy before you can run a 10k.

5)  I’m ashamed to admit it, but my regular yoga and meditation practice has been on hiatus for far too long.  Meditation and yoga there have been, but not with not regularity – some asanas here, a little cushion time there.  I know it’s about choices, and about time management, so it’s time to suck it up and get things back on track.

6)  I’ll be running my first 50km in April!  Woooooot!  You’ll be hearing more about it as the time comes, but I’ve got to tell you I am excited and scared and thrilled all at once.  I’ve never, ever come close to running such a distance before, but my long-term goal is to run a 100km in 2013 and this is the first real step to getting me ready for that race. (Race is of course an inaccurate term : I won’t be racing, I’ll be running, that is I hope I’ll be running, and not crawling.)

7)  Fueled By Plants : Endurance Fuel For Athletes, a book of recipes for everything from pre-race to recovery snacks and drinks, is something I began working on shortly before “the accident” (see #4).  I’d put the project on hold, but since my training is getting closer to being back on track, I’m feeling back in the zone.  I’m outing myself on this one, mostly because I know it’ll help me get things from the “abstract” to the “concrete” stages.  It won’t be a book only for vegans, but it will have only vegan recipes, of course!  When the time comes I’ll be looking for a few endurance and outdoor types to help me test some of the recipes : peeps who enjoy hiking, biking, climbing, running, trekking, swimming…or with small toddlers…you get the idea. 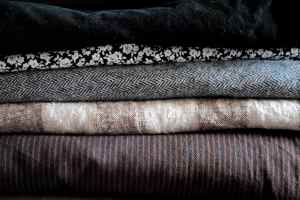 Aren’t you excited about 2011?  I really am, despite the challenges before us all, I know this is going to be a fantastic year.