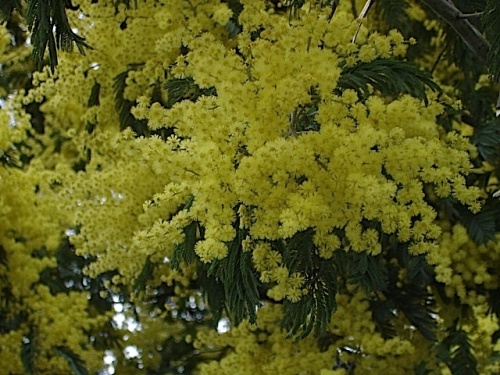 Here is some beautiful mimosa that lined part of the path where I went for my (almost) daily run when in the southwest of France this past week. You could smell it for meters around, even in the freezing cold and wet, it looked and smelled amazing! It’s common to give mimosa sprigs to women (we gave some to the Guppy’s mamie for la fête des grand-mères last year). Strong and beautiful from roots to tips, just like we women!

A bit back I was cruising around and saw this inventive culinary way to celebrate International Women’s Day and I just had to participate. I knew I would be cutting it close as we’d probably be coming back from our week in the Southwest, but I decided this was something I wanted to do! I have so many incredible, strong, beautiful women in my life- from the past, in the present, and I am sure that they’ll still be there in the future! I was very fortunate to spend the week with my brother-in-law’s family, and his wife L is a great example of one of the many hip fish I get to swim with. She took time to show me how to knit a cap (working on that), generously donated random pieces of fabric for me to play with, and was just generally a super-cool fish.

So here is my YELLOW contribution to the day… 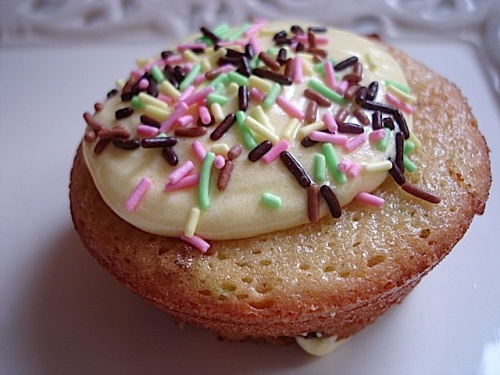 These are the Lemon Gem Cupcakes from Vegan With A Vengeance, topped with the Lemon Icing and the finishing touches of the vegan sprinkles were added by the Guppy, who is also a pretty cool little lady.

EDITED TO ADD: I’m really not cupcake obsessed. Really. I wanted to make lemon tarts, but these were just quicker & easier. Picking my battles, one cupcake at a time.